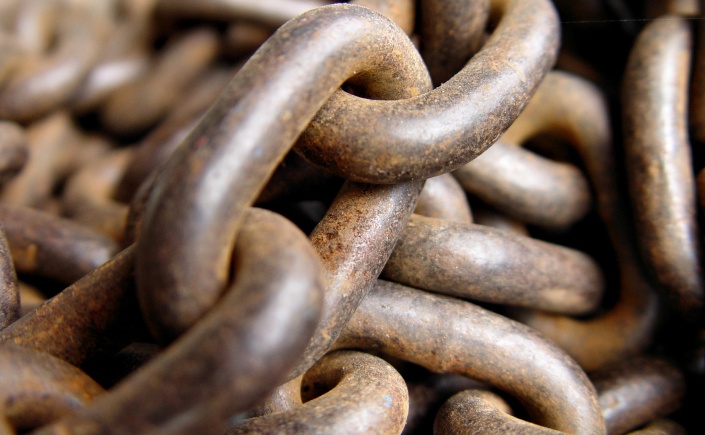 Robert Lewis says, “You’ll never become what you cannot define.” Freedom’s obviously more than bald eagles, football, and fighter jets. It may even be more than having rights or privileges. I am convinced that Jesus has the answer.

Some super educated religious leaders were grilling Him one day about freedom. Jesus had just made the radical claim that He was the Truth that set others free. Their response seemed appropriate.

They were kind of right. Nobody walked around in chains afraid of being whipped by Romans. But what the leaders failed to grasp was the type of slavery. Jesus explained,

“Whoever sins becomes a slave to sin. A slave does not stay in the family, but the son does. But, if the son sets you free, you’re no longer a slave. You’re completely free.” (paraphrase of John 8:31-36)

Sin, He showed, are the chains that separate us from the Father. The lust of our flesh, the lust of our eyes and boastful pride that alienates us from a Holy God. We are slaves to them. Sure, some believe they’re in control. “We’re not slaves,” they recite.

Slaves cannot be free until they see the chains on their wrists. But (and here’s the kicker) when Jesus sets you free, you’re free. He paid for all of our sin on the cross. Sin entangled. Sin enslaved. Christ unbound. Christ restored.

Freedom is the ability to live the way I was designed- fully alive.

After experiencing this in my life, I’m convinced that most Christians today aren’t fully alive. Their eternity may be secure in Christ, but “abundant joy” wouldn’t come close to describing their here and now.

This question helped me recognize my own bondage:

For you, that blank can be filled with all sorts of things…

…but who the Son sets free is free indeed.

He made us able to live the way we were designed- fully alive. I plan to tell you more about how He did it with me in the coming days.